Castaway 5: The Weird and The Wonderful

Johnston Island is a contradiction. Beautiful and hideous. Exasperating and comforting. Plentiful and barren. Its vistas are endearing in an absurd way. Plumeria and hibiscus flowers surround a decaying tennis court. Birds nest in the thousands around a crumbling multistory building. Turtles bask on a beach marred by discarded telephone poles and marine debris. I myself am consumed by a striking contradiction in feeling. I love and hate Johnston. I want my sunrises and lazy afternoons to stretch on, but my weeks and months to contract. Half of me wants to use my time here to the fullest, the other to whittle it as efficiently as possible. It takes near constant presence of mind not to live in the future. Many of our survey tasks are somewhat mindless, like walking between points of a memorized route or scratching at the ground to disturb ants. It’s hard not to drift off in these moments, exploring all the lovely people and things that await me upon return. Audiobooks have been one of the greatest life preservers against this temporal drift. Better I be immersed in a story than in some false projection of possible futures, their promises filling me with vacant desire. 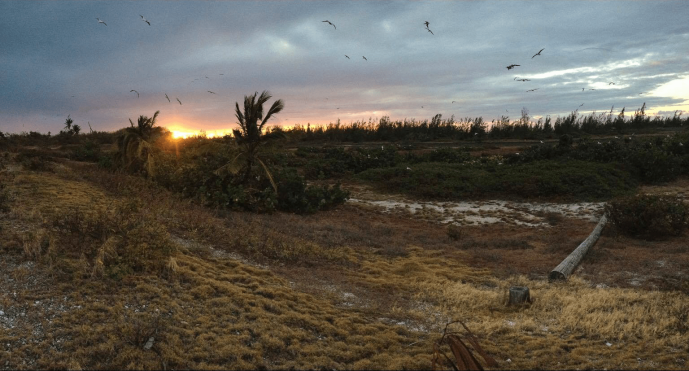 Luckily not all our work is mindless. As we continue not finding yellow crazy ants and the birds in our reproduction monitoring plots grow, we are able to spend time banding the juveniles before they fledge. Banding a bird means applying a small numbered metal circlet to the birds right leg so that it may be identified in future population studies. Banding these birds is the first real wildlife handling I’ve done since college. Though I hate distressing any creatures, the process is quick and painless. And I’d be lying if I said it wasn’t fun. Banding is one of the activities that reminds me why I’m here. And my ability to pick it up relatively fast gives me hope I may not be in the wrong career path after all. 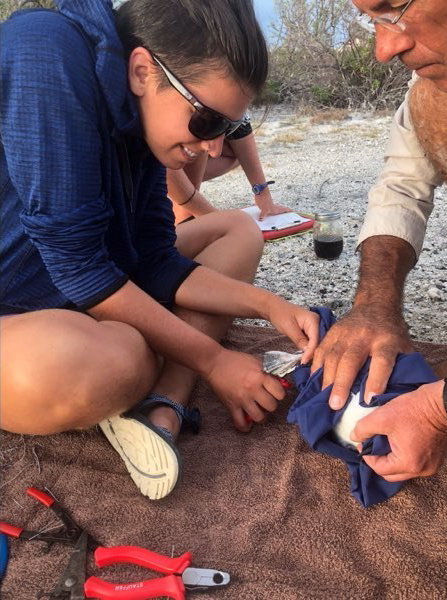 We’ve also started to notice changes in the wildlife and invertebrate composition here on Johnston. Though I wouldn’t say we experience “Spring” at this latitude, the slightly rising temperatures seem to be coaxing certain species out of wherever they were hiding. In some ways this is wonderful, with the arrival of more white, grey, and sooty terns. Or the sighting of more turtles, eels, and sharks. In other ways it is frustrating and even terrifying, with the heat bringing out garden pests, ants, and—my personal mortal enemy—centipedes. I struggle to put fresh vegetables on the table as it is, having produced only two zucchini, one eggplant, and some herbs and arugula for my crew so far. With the coming months bringing even hotter weather, I’m starting to feel as if I’m fighting a losing battle with Mother Johnston. 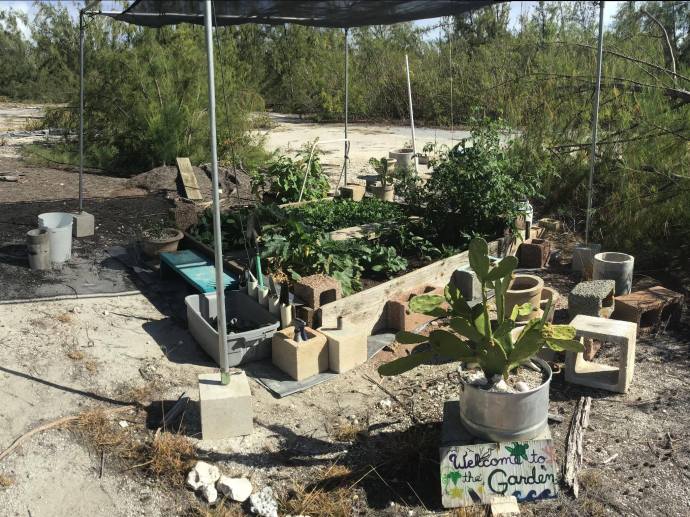 I think most people who live here must experience a similar mixture of extreme feelings. For many, this is the most remote spot they will ever set foot on. The pleasure of having a whole island nearly to oneself is undeniable. To be on Johnston is to live someplace almost wholly taken back by nature. And living in an atoll means being more surrounded by that other world—the marine world—than I ever thought possible. But being here also means you’re at Mother Johnston’s absolute mercy. You must roll with the punches, whether that means a perfect rainstorm right when you need it or a boobie shitting on your head. 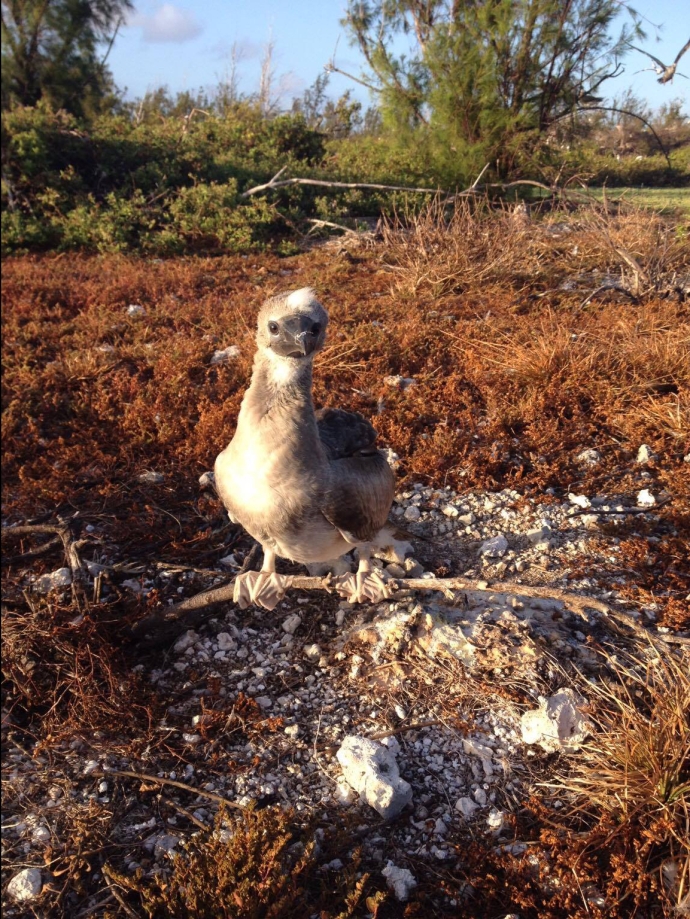 One thought on “Castaway 5: The Weird and The Wonderful”

My crewmate Eric really captured my Johnston essence in this photo. Love it. I was retrieving a juvenile tropicbird from its nest for banding, one of the coolest things we got to do on-island. Oh and my hair just happened to be in a rad braid courtesy of @kyrapruitt. As the weather gets crummier and life gets complicated, I find myself pining for those warmer, simpler days. . . . #johnstonisland #johnstonatoll #nationalwildliferefuge
On this dreary Halloween I can't help but think of my sweet departed floof, who would put up with almost anything; including my child self dressing her up in a furby wizard costume circa 2003. Lita, you were a saint. Missing you today and always. . . . #catstagram #petloss #halloween #catsofinstagram #petlosshurts #petcostumes #missyoueverydamnday #rip #grief